As a follow-up to Andrew Cameron’s blog about the counter-productive war waged against ‘sparrows’ in China by Chairman Mao, it is interesting to reflect that there is nothing new under the sun when it comes to environmental matters.

Step forward one Eleanor Ormerod, an indomitable Victorian English lady who was an enlightened aesthete, highly-regarded for her economic entomological prowess, and her particular interest in what she regarded, rightly or wrongly, as ‘pests’. Revered in farming circles for her rather personalised understanding of what today we would call ecology (the inter-connectivity of life) and her ‘innovative’ ways of controlling insect pests, she was reviled by others. And she had an uncompromising attitude towards House Sparrows, which she regarded as ‘avian rats’. 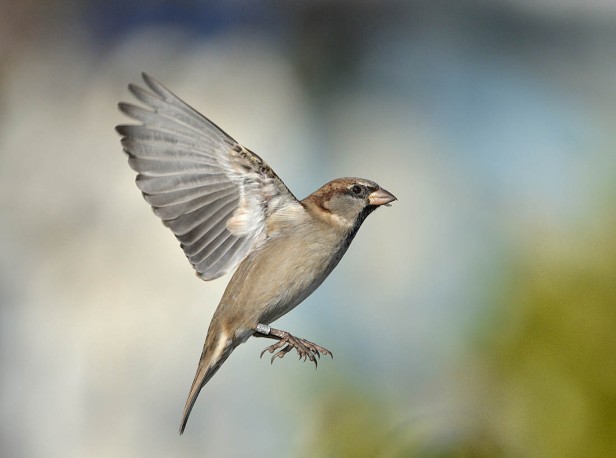 There is a slightly perverse, infant-school logic to Eleanor’s thinking regarding House Sparrows that is echoed too in Mao’s ill-informed reasoning: they eat grain (amongst other things) and therefore they cause deprivation in the rural community. She wasn’t the first to hold the humble sparrow in contempt of course, and in the 18th Century there were ‘Sparrow Clubs’ across Britain (in every parish it is said), whose members were dedicated to the destruction of adult birds as well as their eggs and chicks. Prizes were awarded for those who killed the most.

Above: Who knows whether Sparrow Club members’ efforts were restricted to House Sparrows but it would be no surprise if Tree Sparrows were also in the firing line. Paul Sterry/Nature Photographers Ltd

At first Eleanor’s campaign followed a typical course for the time: a letter to The Times in which she called for the extermination of House Sparrows. Inevitably there followed a crusading pamphlet and thereafter she campaigned for the revival of the ‘Sparrow Clubs’ which by that time had fallen out of fashion as the human population became more urbanised. In the context of sparrows, this is Eleanor Ormerod’s legacy but unwittingly she did stir up a storm of protest from ‘nature lovers’ and those concerned with animal welfare. So perhaps she should be remembered as well for unwittingly creating a groundswell of feeling that contributed to the genesis of what today we call conservation. That includes the birth of the RSPB – initially the Society for the Protection of Birds – founded in 1889 by another redoubtable Victorian lady, Emily Williamson. 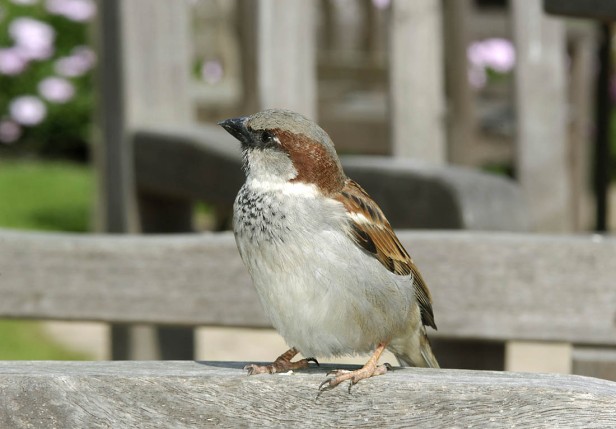 There is an irony to the fact that by the end of the century that followed Eleanor Ormerod’s death in 1901 her wish was coming true with regards to House Sparrows. Populations crashed and in the UK at least the species is now a cause for conservation concern and Red Listed. Since the mid-1970s, urban sparrow numbers have declined by 60% with populations in the countryside following a similar trend. And in London, numbers of cheeky cockney sparrows fell by 60% between 1994 and 2004. The jury is out regarding the causes but most readers can probably guess the candidates: lack of winter stubble; sanitised, industrial farming methods; a catastrophic decline in insect numbers in part due to the increased ‘efficiency’ of modern pesticides (seasonally, invertebrates comprise up to 75% of a House Sparrow’s diet); a tidy-minded approach to gardening; the list goes on. 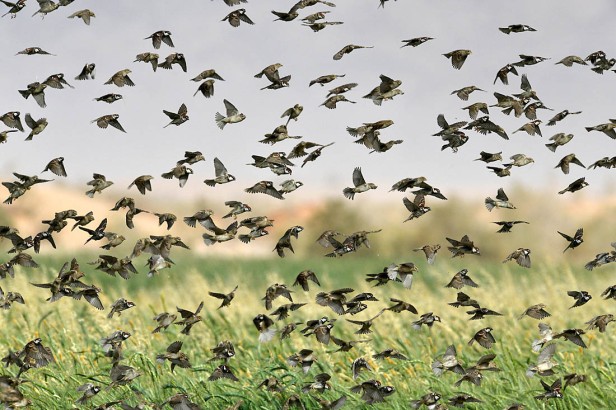 Above: In the absence of an understanding of House Sparrow diet and ecology it is easy to imagine how, in the past, a flock might have been viewed as akin to a plague of locusts as it descended on a crop. Sizeable House Sparrow flocks are a thing of the past in the UK – these Spanish Sparrows in southern Europe give a flavour of the scene. Paul Sterry/Nature Photographers Ltd

If you would like to learn more about Eleanor Ormerod, a good read is Bugs and the Victorians by John F.M. Clark, particularly the chapter entitled ‘A Female Entomologist’.